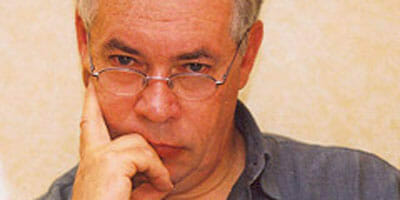 In an interview with conexust1f.flywheelstaging.com, John Kay, economist and author of the UK government-commissioned enquiry into long termism and the UK equity markets, has said it is “fanciful to imagine large number of trustees will have the skills and knowledge to have long-term relationships with corporates”.

Kay says the key players in the UK equity chain are funds managers, and while 20 years ago the role of pension and insurance companies would have been emphasised, that is not so today.

Embrace the complexity of ownership

In Kay’s review, the emphasis was on funds managers, who he says have a critical role in the buy-and-sell decisions of shares as well as voting.

He says semantics around the word “owner” are not particularly helpful and get in the way of the discussion.

“There are different characteristics of ownership,” he says, adding that funds managers need to see themselves more as owners in order to alter their behaviour.

The recent so-called Shareholder Spring, when many institutional investors and funds managers voted down executive-pay issues, was a step in the right direction, according to Kay.

However, he says, in the long run he would like to see more engagement.

“Corporate governance has become about stopping people doing bad things. The Shareholder Spring was prompted by the excesses of executive pay, but I’d like to see more focus on things like concentrated portfolios that are differentiated from each other.

“There is a high degree of closet indexation and pre-occupation with tracking error. I’d like to see a a different structure in funds management.”

The culture of singular excess

One of the findings he emphasised was a move to reduce the role of transactions and trading, and move to a relationship-based culture.

“This is a philosophical shift that will take place over a long time. But I’d like institutions to feel more comfortable giving long-term mandates, for example.”

Kay believes one of the more important recommendations from his review is to form an institutional investors’ forum in the UK to facilitate collective action.

“There needs to be an emphasis on fiduciary duty to encourage asset managers to change their actions. This could be through giving asset owners the ability to give long-term mandates that are more absolute-return focused.”

The next step in the reform process is for the government to respond to the review. This is expected to happen in November.

author of the UK government-commissioned enquiry into long termism and the UK equity markets, economist, executive-pay issues, fiduciary duty, funds managers need to see themselves more as owners, John Kay, key players in the UK equity chain are funds managers, orporate governance has become about stopping people doing bad things, Shareholder Spring, The Shareholder Spring was prompted by the excesses of executive pay, There are different characteristics of ownership