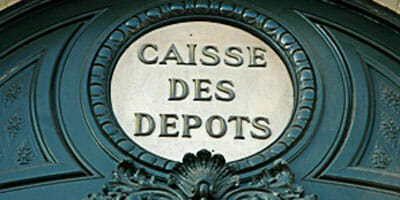 France’s Caisse des Dépôts et Consignations (CDC) has just provided fresh ammunition for critics who say the state-backed investor distorts markets by acting as the “armed wing” of the French finance ministry. On October 17, Prime Minister Jean-Marc Ayrault unveiled a new public investment bank, jointly owned by the CDC and the government, to lend to struggling small and medium-size businesses. Jean-Pierre Jouyet, the CDC’s chief executive, denied the Banque Publique d’Investissement would throw money at “lame ducks”, but there are plenty of sceptics who do not believe him.

“The Caisse’s latest initiative is not how the free market should work,” says Philippe François, a senior researcher at IFRAP, a policy think tank in Paris. “It shows once more how the CDC lacks any independence from the state.”

That view is not shared by Jouyet and his management board at the CDC, who command a funding leviathan with assets worth €478 billion ($621 billion), at the end of 2011. They argue that far from obstructing efficient capital allocation, the 196-year-old Caisse is an indispensable investor at a time when France’s GDP growth for the second quarter was precisely zero. Laurent Vigier, the CDC’s director of European and international affairs, goes further. He says the Caisse is in the vanguard of “like-minded” state-investment vehicles worldwide, which are providing welcome stability and liquidity in global markets following the 2008-9 financial crash.

“A lot of capital that fled markets when stock exchanges collapsed has never come back,” says Vigier, a board member. “Now the regulatory demands of Basel III are deterring private banks from providing credit and liquidity, so long-term investors like the CDC can help fill the gap.”

Good will and global infrastructure

To that end, the CDC set up the Long-Term Investors Club (LTIC) in 2009 to provide an international forum for state-backed funds with the same strategic mission. Today the LTIC has 15 members, including such heavyweight investors as Germany’s KfW state development bank, the Ontario Municipal Employees Retirement System, the Development Bank of Japan and the China Development Bank. The well travelled Vigier hopes more Asian members will join and identifies state-owned Australian financial institutions, such as the Queensland Investment Corporation, as ideal future LTIC members.

“With its strong institutional base, Australia is great territory for us,” says Vigier, pictured above left. “We haven’t paid the country enough attention so far.”

It is indeed curious that the CDC has taken so long to raise its international profile, given the global reach of its holdings. Take a ride on the Sydney Monorail, for instance, and your ticket fee ultimately goes back to Paris; the Monorail and Sydney’s light-rail network are operated by Veolia Transdev, a CDC subsidiary (as are the harbour ferries, in a joint venture). In India, the filthy River Ganges is being cleaned up by Egis, a CDC-owned infrastructure company, under a government contract awarded last year. Meanwhile in Germany, real-estate investor Icade – another CDC business – manages commercial properties in every major city.

As Vigier acknowledges, one reason the CDC is relatively unknown outside France, compared with international funds on a similar scale, is because it is so difficult to define the Caisse to a foreigner.

“We are like a cross between a sovereign wealth fund and a perpetual endowment, but we do not receive any public money,” he says.

Vigier’s claim is debatable because it depends on accepting the CDC’s own distinction between consolidated and non-consolidated assets. The CDC was originally established in 1816 to restore confidence in French public finances after the ruinous Napoleonic Wars and pay civil service pensions.

Today, the CDC still manages dozens of public-sector pension funds, but by far the most important source for its $281 billion of non-consolidated assets are government-backed tax-free personal savings accounts. Until 2009 the CDC was the monopoly deposit base for all contributions to these accounts, known as the ‘Livret A’. Following pressure from private-sector French banks, which wanted access to this lucrative business, the CDC now receives 65 per cent of total Livret A income. It then uses the money to finance long-term loans for social housing.

The distinction between public and private revenue streams becomes even more confused when breaking down the CDC’s consolidated assets of $340.6 billion, which delivered an operating profit of $10.6 billion last year. Vigier says that the CDC’s liquidity is boosted by a “permanent float” of about $40 billion – cash that pours daily into the Caisse’s coffers in its role as the monopoly deposit bank for all legal fees paid on French property transactions. The monopoly is protected by the state, as is the CDC’s immunity from France’s bankruptcy and insolvency laws.

The key test of whether the CDC is an independent fund manager or a state agent is its $96.6-billion financial-investment portfolio, which encompasses $5.72 billion in property, $46.4 billion in fixed income, $22.1 billion in equity stakes and about the same amount in other asset classes including private equity and small and medium-size enterprises.

From time to time, the Caisse is accused of acting for the government on the Paris Bourse, where it is the first or second-largest shareholder in half of the country’s 40 leading listed companies on the CAC 40 Index.

In reality, the CDC is an investing hybrid, says Colette Neuville, president of France’s Association for the Defence of Minority Shareholders.

“The CDC is generally a responsible long-term shareholder, but it is not a normal institutional investor, because of its mission to serve what politicians decide is the public interest,” she suggests.

Dexia, the Franco-Belgian bank that collapsed in 2011, illustrates Neuville’s point. As part of the bailout cobbled together by the French and Belgian governments, the CDC agreed to take over Dexia’s municipal financing operations in France. The result: Dexia’s French businesses lost $589 million in the first half of 2012, and were the main reason why the Caisse’s profit fell by almost two-thirds for the period to $453.7 million. Vigier maintains that the CDC was morally obliged to acquire Dexia because the French parts of the bank had previously belonged to the Caisse before the ill-fated Belgian merger in 1996. Not many private fund managers would advance such an argument to justify a dud investment.

In the end, the CDC’s sheer scale and deep roots in France’s financial landscape mean it can afford the occasional flop. It does not follow, though, that the CDC is inherently stable. Its management must always pay close attention to France’s shifting political winds, as an entity under parliamentary supervision whose chief executive is appointed by the country’s president.

“Different parties of the left and right have different views about what they want the CDC to do,” observes Neuville. “Unfortunately for the CDC, it can never satisfy the government of the day entirely, because even the Caisse’s resources are limited.”

Augustin de Romanet, pictured left, the CDC’s chief executive from 2007 to 2012, had a tense relationship with former President Nicolas Sarkozy because de Romanet was close to Sarkozy’s predecessor, Jacques Chirac, whom Sarkozy detested. Sarkozy eventually dismissed de Romanet shortly before losing his own job in this year’s French presidential election.

Jean-Pierre Jouyet, de Romanet’s successor, may be more politically adept; he is a former junior minister in Sarkozy’s government but also a friend of France’s new socialist president, François Hollande.

For foreigners doing business with the CDC, the message is clear. The Caisse may invest its money for the long-term, but its chief executives will always be subject to short-term political whim.