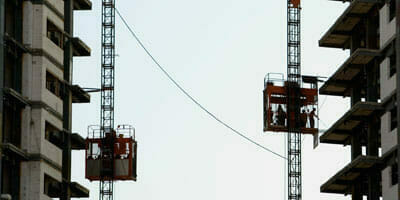 A swathe of UK pension funds is poised to increase its exposure to infrastructure.

In a small start, which enthusiasts believe will quickly grow, the Pension Infrastructure Platform (PIP) will launch as a fund in January 2013, targeting £2 billion ($3.24 billion) worth of projects with the backing of around 10 UK pension funds. The drive is being led by a trio comprising the UK Treasury, the £11-billion Pension Protection Fund (PPF), protector of 12 million members paying out on schemes employers fail to meet, and the National Association of Pension Funds (NAPF), which counts 1200 pension funds as members, with a combined $1.295 trillion in assets.

The aim is for the PIP to encourage more pension-fund investment in infrastructure as the cash-strapped government looks to institutions to help bridge an infrastructure gap put at $405 billion over the next five years.

Despite the complimentary fit of pension funds’ long-term liabilities with long-dated infrastructure investment, UK funds eschew the asset class, only allocating around 2.5 per cent of their portfolios to infrastructure, favouring equities, property and government bonds instead. The new fund could change all that.

One of the reasons pension funds have been lukewarm on UK infrastructure is because most existing funds are modelled on private-equity structures. These funds charge costly fees such as 2–20, when the manager charges 2 per cent of the total value of assets invested and 20 per cent of returns. They also have short-term investment horizons and the high leverage of many existing deals usually involves 85 – 90 per cent debt and 10 – 15 per cent equity, reducing the inflation linkage that pension schemes favour.

It’s still not clear whether the new fund will hire its own experienced team or use specialist City managers, but any manager will have a different mandate. As well as low charges and a limited degree of risk, it will have low gearing, employing leverage up to a maximum of 50 per cent.

“The PIP will be run by pension funds, for pension funds, as a not-for-profit company focused on providing returns. The target return will be retail-price-index plus 2 – 5 per cent per annum over the projected 25-year life of the fund,” says Councillor Paul Rooney, Glasgow city treasurer and governor of the $15.5-billion Strathclyde Pension Fund, one of the first schemes to announce plans to invest in the PIP. The fund will announce details of its route to market at launch, but it is likely that it will be via a form of direct investment rather than listed bonds or equities.

Of risk and competition

It is also likely that the fund will invest in greenfield infrastructure schemes but without shouldering construction risk. The idea here is that the government provides guarantees for the riskier projects – given pension funds’ natural aversion to undeveloped infrastructure projects – that are prone to delays, unforeseen costs and accidents.

“The government has talked about creating construction guarantees for certain projects. We look forward to seeing the detail on that,” says Joanne Segars, chief executive of the National Association of Pension Funds.

Another option could be that the government may shoulder the risk of building the asset, which it then sells on to pension investors. This happened when it built High Speed 1, the 109-kilometre line that connects London with the Channel Tunnel, then sold the right to operate the line to two Canadian pension funds, Borealis Infrastructure and the Ontario Teachers’ Pension Plan in 2010. The challenge here is that competition to buy into these kinds of projects is fierce.

Within infrastructure, the fund will invest in the public sector as well as transport, energy and telecoms. One concern is the lack of homogeneity within the asset class ­– many high profile projects continue to struggle with nuclear power, the waste sector and some of the early offshore windfarms have also had problems.

Despite the risks, the PIP has come at a time when more UK funds have announced infrastructure allocations. These include local-authority schemes and some large private-pension funds such as the Universities Superannuation Scheme (USS), telecoms group BT’s pension fund and RailPen, which manages $27.5 billion worth of pension funds for the UK’s rail industry.

Not a solitary PIP

The policy to pool pension assets to invest in infrastructure is nothing new.

Canada, where pension funds are at the forefront of infrastructure investment, has a similar model to the PIP via specialist investment arm Borealis.

Australia’s Industry Funds Management (IFM), owned by 32 pension funds with infrastructure assets worth $11 billion of its $35.1 billion total assets under management, is another example.

Pension funds in other regions are also getting bolder when it comes to infrastructure. California Public Employees’ Retirement System adopted a new investment policy in 2008, with a target 3-per-cent infrastructure allocation. Dutch pension fund Stichting Pensioenfonds ABP, Europe’s second-biggest, has a target of 2 per cent, which it plans to double in coming years.

In another breakthrough development, the Dutch government is providing inflation-linked guarantees in the financing to expand and maintain the N33, a road in the north of the Netherlands. Managers APG Asset Management, whose largest client is pension fund ABP, has provided €80 million ($103 million), about 70 per cent of the debt, on the project. “We have been asking the Dutch government to guarantee inflation-linked debt for some years; this is a pilot project but it will open the door to more and larger projects to be funded by pension funds in this way,” said Ron Boots, head of infrastructure at APG Asset Managment. Dutch fiduciary manager PGGM, owned by pension fund Zorg en Welzijn, is an equity holder in the project.

Elsewhere, in Japan pension funds are embracing infrastructure in their bid to boost returns to meet rising payout obligations. In a survey of 126 Japanese pension funds by JPMorgan Asset Management, 7.9 per cent of funds said they were already investing in infrastructure, while a quarter of them had increased alternatives allocations in the previous year. Japan’s Pension Fund Association, together with a consortium led by Mitsubishi Corp and Canada’s OMERS, have set up a Global Strategic Investment Alliance with plans to invest $32.35 billion in infrastructure worldwide.

PIP! PIP! Part of the solution

The PIP could give UK pension funds the chance to swoop on some of the country’s most prized infrastructure assets and offer a solution to financing infrastructure at a time banks and governments struggle to do so. “We certainly don’t believe it’s a case of too little too late; the UK is crying out for more investment in infrastructure,” says Segars, confident the January launch will begin to make infrastructure a more compelling asset class for the UK pension industry.