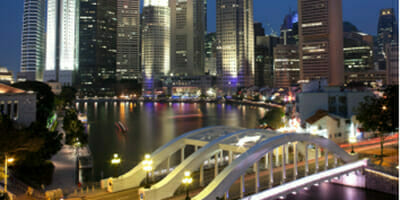 The Government of Singapore Investment Corporation (GIC) is stockpiling cash as it positions itself to take advantage of any potential opportunities, lifting its cash allocation from 3 per cent at the start of 2011 to 11 per cent of its total portfolio by the earlier part of this year.

“Due to the heightened uncertainty in global markets, we allowed the cash inflow from investment income and fund injection to accumulate during the year in preparation for better investment opportunities,” Ng reported.

Despite the turbulent times on world markets GIC also maintained its exposure to developed-world assets, including Europe.

GIC has added new board committees aimed at improving its oversight capacity in both its investment and internal processes.

A new investment review committee will provide specialist oversight of all large investment decisions and will be chaired by Asian banking industry veteran Peter Seah.

GIC has had a focus on large direct investment in recent times. In research released this week, the Sovereign Wealth Institute ranks GIC as the largest direct investor by total transaction amounts.

This was followed by the Qatar Investment Authority and fellow Singaporean sovereign wealth fund, Temasek Holdings.

The new audit committee will aim to strengthen oversight of internal controls for complaints, financial reporting and disclosure, as well as looking at risk management processes at the fund.

When it comes to its portfolio, the fund has decreased allocation to equities from 49 per cent to 45 per cent over the course of the year.

This has mainly come from developed-market equities, with the fund maintaining its emerging-market equity holdings, which are primarily Asia-focused.

Long-term investment horizon
In a description of its long-term investing approach, GIC reported that it would maintain exposures to public markets as it was prepared to ride out short-term volatility.

“We can only enjoy the rewards of long-term investing if we are prepared to tolerate short-term losses or underperformance relative to market indices from time to time,” GIC states in its annual report.

However, GIC notes that its emerging-market-equity portfolio has achieved a 127-per-cent return since 2000, compared with a 22-per-cent return from developed-market equities over the same period.

Approximately 20 per cent of the fund’s assets are externally managed.

The fund reported that more than 54 per cent of its mandates are in alternative asset classes, with 36 per cent allocated to equity managers and 10 per cent to fixed income managers.

Greater than inflation
In other investment decisions this year, the investment team also decreased its holdings of nominal bonds by 5 per cent over the course of the year, taking its fixed income holdings from 22 per cent to 17 per cent of the total portfolio.

It marginally increased its private equity and infrastructure holdings from 10 per cent of the total portfolio to 11 per cent.

All other asset classes have remained constant over the course of the year.

The fund reported that it had sliced 1 per cent off its exposure to the eurozone and increased it exposure to both Japan and North Asia (China, Hong Kong, South Korea and Taiwan) by the same amount.

The portfolio reported an annualised rolling 20-year real rate of return of 3.9 per cent, the same as the previous year’s performance.

The Government of Singapore requires the GIC to achieve “a good, sustainable real rate of return over a 20-year time horizon” when investing the foreign reserves of the country over the long term.