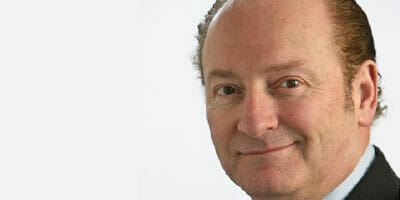 A retirement solution that focuses on outcomes and is customised for each participant cannot be met by existing defined-contribution designs, according to Nobel Prize-winning economist, Robert Merton, who advocates a “next-generation DC solution”.

Merton, who is the Massachusetts Institute of Technology Sloan School of Management’s distinguished professor of finance and resident scientist at Dimensional Fund Advisors, says the criteria for a good retirement solution are not met by traditional defined benefit (DB) or defined-contribution (DC) plans.

He says DB plans have their own problems, and are unsustainable because accounting standards and actuarial principles underestimate their cost, while DC plans are not designed to provide core retirement benefits.

Specifically, existing DC plans are not integrated with other retirement assets, require members to make complex financial decisions and focus on the wrong goal – wealth instead of income.

“Income and wealth goals are not the same. If you look at a real annuity in dollar terms it looks very volatile, but the income is guaranteed. If you measure a real annuity in annuity or income terms, then it’s a plotted flat line. It’s the difference between communicating in income and wealth, or dollar, terms. All we’re doing is changing the units. It’s the same as reporting to a client in their currency. This is just a different currency, the annuity units, and you customise for each individual because each has their own risk profile. Under the hood, the whole thing is a laser focus on the goal.”

Merton says a next generation solution should offer robust, scalable low-cost investment strategies, focus on income, not portfolio value or return, and manage the risk of not achieving this.

“The risk to be managed is the risk that the ultimate income goal will not be realised,” he says.

Merton, whose Nobel Prize in 1997 recognised a new method to determine the value of derivatives, says financial innovation and engineering is required to solve the global problem of funding retirement and produce this next generation of retirement solutions.

This will require giving up the idea of DC funds aiming for a return of ‘something more’ above a certain target.

“All the resources that are dedicated to that will take away from reaching the goal. You can exchange that for a better chance of success,” he says. “This is not window dressing; it’s very different to the standard way things are done. A dynamic-portfolio strategy cuts out the excess upside possibilities to improve the chances of achieving the desired income target.”

This next-generation DC solution needs to integrate all sources of retirement saving into a tailored dynamic-portfolio strategy based on age, salary, gender, plan accumulation and other retirement-dedicated assets.

It also need to be effective for the member who is not engaged, while providing meaningful information and choices for those who do engage, and allow trustees to control their costs and eliminate balance-sheet risk.

“Engagement is only useful if it helps you get to the goal; we’re not in the entertainment business,” he says. “There is a tendency to clutter in the industry.”

Innovate to be individual

Merton, who among other things was a co-founder of Long Term Capital Management, says these solutions have to be customised for every individual – to be individually managed accounts.

“If, for example, both of them had 100 per cent of their pension assets in equities, in August 2008 equities were 40 per cent down, person one would only have a 4-per-cent loss on their total retirement assets, but for person two, it would be a 36-per-cent loss,” he says. “You must know the individual information. It’s an important innovation to be individual and not to pool.”

He demonstrates the difference between a managed DC plan and a typical fund allocation of 70 per cent growth and 30 per cent defensive.

The first point is that the managed DC plan allows for an individual’s particular circumstances and the range of fixed-income allocation over time will depend on those circumstances.

Taking one person who is 25 years old and doing Monte Carlo simulations against market conditions throughout a lifecycle produces a range of allocations.

“At, say, age 37 the optimal allocation can range from under 18 per cent to nearly 100 per cent in fixed income, depending on what happens to them and where they are on reaching their goal,” he says.

According to Merton, a “glide path” based on the average of those ranges could be very far from what’s best for the individual depending on what happened to them or is right for their circumstances.