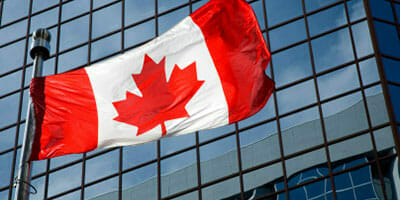 OMERS Strategic Investments (OSI) is more than the international co-investment arm of Ontario Municipal Employees Retirement System (OMERS), it is the vehicle which the system uses to shape and implement several key parts of its strategic plan.

OSI is one of five investment groups that fit under the OMERS Worldwide brand. The other four groups have specific capital allocation and investment management functions – capital markets, private equity, infrastructure and property – but OSI has multiple functions.

While it does invest, across various vehicles and strategies, the overriding purpose of OSI is to implement the strategy of the organisation as a whole.

Chief executive of OSI, Jacques Demers, says this can include bringing opportunities to the investment arms but also forging relationships, conducting research and exploring co-investment.

“The actual investments, the sourcing of deals and opportunities, are undertaken by those investment entities. What we do [is] to support and enhance what they’re doing,” he says.

“So what OSI is doing is intended to assist them with operating investment plans, so when they’re ready, OMERS is ready.

“We are kind of like the R&D, skunkworks, strategic-relationship unit. We could feed back to be thematics in investment entities.”

Global Strategic Investment Alliance (GSIA)
OSI in itself also deploys capital, and Demers says most of that is unrelated to the other four investment arms, but in some cases it reinforces the fund’s relationships in certain areas.

The best way to exactly describe the function of OSI is to look at the recently closed Global Strategic Investment Alliance (GSIA) alongside the initial alliance members, Pension Fund Association and a consortium led by Mitsubishi Corporation, both from Japan.

The GSIA closed with $7.5 billion, of which $5 billion was committed from OMERS, to invest in large infrastructure investments. The role of OSI, which builds investment platforms and develops direct relationships globally, was to source the co-investment partners, and all GSIA investments will be originated and managed by the infrastructure-investment arm of OMERS, Borealis Infrastructure

This investment satisfies the OSI objectives, which are to establish a global footprint, raise capital for OMERS investment entities and supplement the fund’s corporate strategy by creating global investment platforms that would not otherwise exist. The idea is the platforms could ultimately be transferred to the investment entities, established as a standalone platform, or sold to third party investors.

“The whole point of GSIA is to achieve our objectives securing preferred infrastructure while advancing our presence; developing relationships and creating platforms,” he says.

At the moment about two thirds of the capital in GSIA is from OMERS, and Demers would like to see that get to about 25 per cent.

“Our target would be to have about six to eight members, to manage it effectively,” he says.

The idea is that each institution invests about $1.25 billion, but the concept of a feeder fund has been suggested, where up to 10 investors all contribute $100 to $125 million to that $1.25 billion aggregate.

The fund will be kept open to 2014, with some institutions pre-approved, and the aim is to raise $20 billion.

“We have about 100 outreach relationships now worldwide and about 20 to 25 globally, where we could pick up the phone to co-invest very easily,” he says. “At the end of the day we’re a pension plan – this is not a fee-driven exercise.”

Energy, capital and airports
Demers says OMERS is looking at how to develop those relationships and is considering secondments, exchanging employees with its collaborative players.

The GSIA is one of four platforms, or major investments, that the strategic arm has been involved in. The others include OMERS Energy, OMERS Ventures, and ADC & HAS Airports.

Demers says OMERS Energy, based in Calgary, is a mid-sized oil and gas operator and has grown from $300 million to $1 billion in three years. OMERS is the main investor but there are two other Canadian investors, and Demers says there is growing interest from institutional investors around the globe.

OMERS Ventures, which was launched last year with John Ruffolo at the helm, is part of OSI, and is a venture-capital investor that started from scratch and will invest across the life cycle of venture capital opportunities.

The fourth platform is ADC & HAS Airports, the Houston-based airport operator that is focused on markets less familiar to OMERS’ native Canadian market.

“Airports are strategic investments. For example, through our investing in Costa Rica we have developed a relationship with the government there and that will have flow on to other potentially attractive private-market investments,” he says. “We can act as an early scouting unit for emerging markets. So when OMERS private-investment arms go in, we’ve done some work.”

Light team
Demers says OMERS is shaping and implementing a strategic plan which includes moving to 100 per cent in-house investment management, a split of 53:47 between public and private markets and a return target of 7 to 11 per cent.

Part of the interpretation of that agenda, Demers says, is to advance the presence globally, and the fund now has offices in New York, London, Calgary and Toronto.

“We have developed relationships in Canada with pension plans, governments and public policy makers, and industry organisations around investments like infrastructure. Now we have to develop those kinds of relationships in other markets,” he says.

“OMERS leverages our intellectual capital and the all-in cost is less than 1 per cent of invested capital. Our feedback from other funds is that is very attractive,” he says.

OSI has a notional 5 per cent allocation of the total fund and it is now sitting at 1.6 per cent.

The strategic team has about 14 people, with OMERS Ventures another 13.

“It’s a light team because they’re strategic initiatives, but we do have support from other teams across the enterprise and can resource as appropriate.”