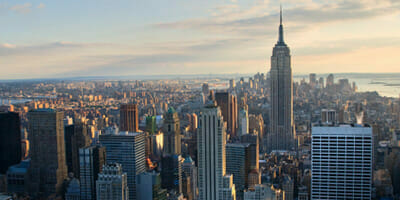 Reducing equities, expanding the resources and changing the RFP process are on the agenda of New York City Retirement System (NYCRS) chief investment officer, Larry Schloss, as he makes structural and investment changes to turn the $123-billion fund around.

Two and a half years in to what is most likely only a four-year tenure – the CIO is appointed by the New York City comptroller, currently John Liu, who is an elected official with a four-year term – Schloss is making impact despite the structural hurdles in the way decisions are made and assets are allocated.

Schloss began life as the deputy comptroller, asset management and chief investment officer of NYCRS in January 2010, after spending his entire career in the private sector, predominantly in private equity, which included co-founding and leading Diamond Castle Holdings and as global head of CSFB Private Equity.

At the time he came to be CIO, the fund had roughly a 70:30 growth bias split and hadn’t done an asset allocation review for five years.

Over the 10 years before 2010 the fund had a return of 2.7 per cent, against an actuarial rate of 8 per cent, and one of the first things Schloss discussed with the board was whether they “really wanted a wild ride of the public-equities markets all of the time”.

“Once it was decided to reduce volatility, it followed that equities would be reduced,” he says.

Under his watch there have been a number of asset allocation changes.

For a long time the fund just invested in public equities and core fixed income, with high yield bonds introduced in the late 2000s and private equity in the mid-2000s

“We looked at the asset allocation and said what do you change? We missed most of the emerging markets rise, because we were very US-centric, so we thought we should allocate more to emerging markets, and decided to allocate less to US equities and less to total public equities overall.”

So the fund took about 10 per cent off its public-equities allocation and introduced hedge funds for the first time, allocating between 4 and 5 per cent, as well as 5 per cent to opportunistic fixed income.

“With opportunistic fixed income we had partners and allowed the mandates to move around,” he says. “We now have 10 per cent in smart, nimble money.”

The investment team also got a bit more aggressive in managing the asset allocation tactically and now can move within a 5-per-cent-asset-allocation band.

At the Big Apple’s core

NYCRS is made up of five pension funds – one each for the teachers, employees, police, fire and board of education – and each of those funds has its own asset allocation and own consultant.

Across the five funds there are 58 trustees, which is strangely juxtaposed with the NY State Pension Fund’s one trustee, the state comptroller.

The representation is equally split between the government and unions, with both Mayor Bloomberg and Comptroller Liu appointing representatives.

When Schloss came on board as CIO, he suggested he should be on the board as the comptroller’s representative.

“It’s second nature for me to be on the board, I’m a private equity guy,” he says. “CIOs should be on boards of public pension funds.”

If there is a time at the board meeting when there is a discussion around management, for example, then they can leave, he says.

Across all the funds NYCRS employs 360 managers, of which 110 are in private equity and 50 are in real estate.

Globally there is a trend for pension funds of NYCRS’ size to expand internal resources, and it would be a natural progression for the fund. Since Schloss took up the job the in-house team has gone from 22 to 35.

“There is a resourcing issue within the asset management department,” Schloss says. “The fund finds it hard to attract the right people, partly because of pay levels.”

The fund’s asset management office is only a few blocks from Wall Street and the irony is not lost on Schloss. The average salary of the investment team at NYCRS is $100,000, the CIO gets paid $224,000 and there are no bonuses paid. Furthermore, the fund can only hire people that live in the five boroughs of NYC.

“If you work at NYCRS you have to live in NYC, so on a cost-adjusted basis the pay levels are dire,” he says.

There is still a lot to be done in terms of governance reform at NYCRS.

“We have five funds, five general consultants and five specialist consultants. I like having consultants but I think it is overly cumbersome,” he says.

While the CIO can be appointed from within, that has not been the practice in the past. Instead the position has been appointed by the comptroller. Succession planning is a problem that has repercussions on decision-making and subsequently returns.

“I would like to see the city hire a successor with close-to-market compensation. It’s in the world’s financial capital, that’s what frustrates me the most.”

So with potentially only 18 months left on the job, Schloss is focusing on what he thinks he can achieve, which is to change the procurement rules, the way the fund issues RFPs to become more nimble and assure the selection of the highest quality managers.

“My aim when I got here was to leave the fund better than when I found it,” he says. “One of our key initiatives is trying to change the procurement rules. To do that we would have to change the law, if we could get that done it would be very impactful.”

Formerly, the process was an advertisement placed in various media and managers applied based on the ad. Managers could only be selected from those who applied.

“Before we came it took 18 months to select a manager; we want to get that down to six months.”