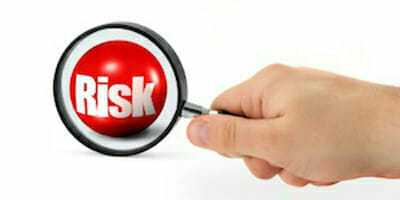 Bullman, the founder of specialist risk consultancy CheckRisk, has developed a methodology using macroeconomic research along with econometric and behavioural risk inputs to identify what he describes as risk clusters.

The risk-monitoring process attempts to understand both human perception of risk and how that relates to the actual risk environment.

Monitoring the rate of change in a variety of market variables and, most importantly, correlations is a key driver of the firm’s approach, Bullman says.

Post VaR
The result of CheckRisk’s analysis is at odds with the view that investors should get back into the market after the volatility experienced in the later part of 2011, Bullman argues.

“These are not beta-driven markets, and the things that equity markets are addicted to are quantitative easing (QE) and LTRO (the European Central Bank’s Long-term Refinancing Operation), and both these have diminishing-return values because the bond market is taking a different view,” he says.

“Given it is the bond market that has to eventually finance QE and LTRO, they are beginning to ask where the growth is going to come from.”

Bullman reckons investors need new ways of thinking about risk, as traditional risk models – such as value-at-risk (VaR) – have failed to account for outlier events, which can have a devastating effect on portfolios.

“Value-at-risk is a very dangerous tool and using it is like driving down the highway very fast looking into your rear view mirror. You will have an accident, it is just how badly and when,” he says.

VaR underestimates both the scale and frequency of outlier events or what Bullman describes as the quantum of risk. CheckRisk wants to look at these tail risks and see if they are random events or, in fact, related to each other.

It is what the firm is seeing in its analysis of correlations that has resulted in this cautionary note to investors seeking market beta.

The firm monitors 160 risk factors weekly, looking for correlations between these factors and, most importantly, sudden changes in them.

The result is a monthly dispersal index that endeavours to measure how much each of these correlations are “listening” to each other – whether, in effect, markets are behaving in a rational manner.

Correlations are key
When markets become highly dispersed, there are two ways CheckRisk believes they can re-correlate.

The first is through a benign re-correlation, a so-called type A re-correlation, which is easily spotted because it is slow and is driven by positive economic data and steady investment flows.

The second or type B re-correlation occurs through a negative-event risk.

“When the correlation matrices are highly dispersed and event risk is high as it is today, we believe that depending on beta is risky because you are likely to be exposed to these type B correlations that occur when markets fall,” Bullman says.

This approach is driven by the view that risk clusters, or that risk can, in fact, create more risk in special circumstances.

Bullman notes that this is counter-intuitive because in benign risk periods, bond and equity markets absorb risk and investors have a tendency to become complacent to new risk events, assuming that risk absorption will continue.

“We are in a long-risk cluster with a potential elongated duration of seven to 12 years. So those depending on market beta to drive returns are taking excess risk, assuming that markets will return to a more normal risk pattern,” he explains.

“What you need to buy is dividend yield, corporate debt, infrastructure and property. Because those things are certain and the cash flows are more dependable and generate a larger portion of total investment return than the previous 20 years.”

While some have argued that investing for income-generating assets is already a crowded trade, Bullman has a different view.

“Saying the income story is a crowded trade is assuming a reversion to mean and the good old days. That is a premature assumption that is not supported by the risk backdrop,” he points out.

Informed by research looking at the daily returns of the S&P from 1928 to 2011, Bullman argues that risk forms clusters, which may become chains of risk, in which one event triggers others along the chain.

These risk clusters can then spread around the system or can “bridge” across the system rapidly – sometimes in previously unexpected ways. Market crashes such as the global financial crisis are described by Bullman as super correlations, as all parts of the risk environment are affected.

“Far from being noise, it [changes in correlation] is actually really interesting information,” Bullman says.

“People struggle when they see correlations changing rapidly because they want to know what to do. What you do is you stand back and say this is unusual, this is not normal, therefore, risk must have increased.”

Along with these correlations, CheckRisk’s analysis also examines the acceleration, deceleration or sudden reversals in direction of risk factors, the absolute level of which also forms part of the overall risk-measurement framework.

Revelations of risk
According to CheckRisk’s analysis, markets are currently in a period of increased risk.

Its historical analysis of daily S&P returns reveals that these risk clusters of increased market volatility and risk usually last between three to five years. They are then followed by benign periods that tend to average around 14 years, in which GDP growth is constant and there is a low risk of shock events.

Bullman predicts that this time we are in for an extended period in which risk is elevated and the potential for a large market shock continues to loom in investors’ thinking.

“We think the generation of liquidity by central banks that have expanded their balance sheets from $5 trillion to $15 trillion over the last six years is elongating this risk cluster. It could be as long as 10 to 12 years,” he says.

“That really makes a huge difference to your risk appetite and the kinds of assets you go for.”

While it is perhaps no surprise that a risk consultant would have a bearish outlook, Bullman says that this risk analysis is also a way for investors achieving a more objective view of where they might be in a particular market cycle.

Bubble trouble
Along with its work on risk-factor correlations, Bullman says CheckRisk has spent a lot of time thinking about price bubbles and their relation to investors’ perception of risk.

He notes that at the beginning of a potential market bubble, namely after a market shock, investor perception of risk may be quite high, when in fact real risk is low.

Likewise, when a bubble is close to bursting, market exuberance may be high, indicating low perceived risk in the face of heightened underlying risk in the market.

Perception versus reality
Another of CheckRisk’s methodologies compares a range of behavioural inputs to broader economic data and attempts to provide insight into the level of perceived risk versus real risk.

The rate of change in a variety of behavioural inputs – such as insider selling, adviser-sentiment surveys, confidence surveys and credit-default-swap pricing or volatility – are monitored.

These are then compared to economic or statistical inputs, such as money supply, velocity of money, bond pricing, TED Spread (the difference between interest rates on interbank loans and on short-term US government debt) and others. The result is a perceived-risk-to-real-risk ratio that can provide an indication of potentially heightened risk.

CheckRisk’s approach has seen it develop strong academic-research relationships with the University of Bath School of Management in the UK. It has recently launched a four-year risk-development program sponsored by the UK government and partnering with Bath and Bristol Universities.

As well as providing a general overview of the risk environment, CheckRisk provides bespoke risk analysis to clients.

Bullman says the consultancy can monitor up to 98 per cent of the risk exposures in a client’s portfolio, providing correlation analysis for a sample portfolio and comparing it to correlation changes in the broader market.

For clients needing to use VaR, the consultancy can also provide what it calls a confidence overlay, which allows for the potential for outlier events that may not appear in the VaR analysis, to be factored in.

“This kind of risk analysis is dynamic and focused on the present,” he says.

“It generates risk discussions around long-term portfolio allocations, about risk appetite and the critical question all investors should ask: ‘Are we being paid to take the risk our portfolios are currently exposed to?’ Just having a risk tool to drive that question can significantly reduce risk.”