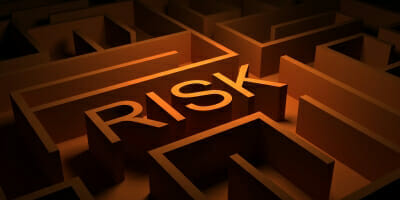 The recent rally on global markets does not mean that the risk environment has abated Towers Watson’s global head of investment Carl Hess has warned.

Speaking from New York prior to the launch of the consultant’s report Global Investment Matters, Hess says that while the risk of the imminent collapse of financial markets has lessened, the world economy still faces a tough road to recovery.

“Where we have just been is the crescendo of the great debt cycle and we have kind of unwound a small amount of it but we have an awful lot to go,” Hess says.

In its annual snapshot of the world economy and predominant investment themes, Towers Watson names its 15 top risks. According to Hess, the high debt, grinding austerity and slow growth facing developed countries is reflected in the top five risks because the world economy is fragile and has little room to absorb unexpected shocks.

The last time the global investment consultant conducted such a risk analysis was in 2009.

Since then it has dropped its more dire risks of an end to capitalism and excessive leverage, causing a collapse of the financial system.

While it has eliminated excessive leverage as a stand-alone risk, Towers Watson has detailed a number of less extreme financial-system risks that are caused by too much debt.

A number of new entrants made the new list including resource scarcity and infrastructure failure.

The risks identified focus on a 10-year window, with much of the more dire consequences associated with resource scarcity falling beyond this period.

However, Towers Watson points to the potential for price spikes in major economic outputs and increased price volatility of basic commodities as potential risks to global economic growth in the next decade.

The increased interconnectedness of societies and their dependence on modern technology has meant that the failure of key infrastructure such as an electricity grid or a computer network is also a new risk.

Towers Watson points to the likely social unrest and disruption to economies that could eventuate from such an event. The consultant says that the recent hacking of Sony Playstation customer accounts is an example of where cyber-attacks could lead to economic losses for a company and its investors.

In its assessment of what it is seeing from investors, the report notes an increased focus on asset allocation and portfolio construction, particularly under-delegation in decision-making around them.

The consultant says that funds typically are leaving the decision to their board and/or investment committee who act on advice from a consultant.

“This approach can limit access to the skills required for portfolio construction or slow the pace its skills can be applied,” the report states.

It points out a growing recognition among investors that greater resources need to be committed to portfolio construction, which is driving the growth of internal teams.

For smaller funds this could involve hiring a team via the appointment of a fiduciary manager.

“We expect funds to spend more in the future on recruiting portfolio-construction skills and less on active management,” the report forecasts

In its discussion of delegation in Global Investment Matters, Towers Watson says that funds have delegated too much authority to asset managers to construct mandates.

The report goes on to say that funds can recoup much of the cost of a fiduciary manager and/or building an internal team focused on portfolio construction through achieving a more thorough approach to structuring mandates in various asset classes.

“Our experience to date has been that once a fund has recruited these resources, whether they be an internal team or a fiduciary manager, their ability to restructure some of the mandates in the alternative asset class alone can more than offset the costs of these resources,” the report states.

While investors can sleep slightly easier now that the systematic failure of financial markets is no longer the overriding concern it was last year, Hess warns that investors must think broadly about the risks still out there.

“What may have gone away is the imminent collapse of the financial system but it has been replaced by the slow rot,” Hess says.

The list of extreme risks is a way for investors to focus on what risks they see as most likely and position their portfolios accordingly.

Diversification and hedging are two predominant themes that Towers Watson has been pointing out to its clients.

Hess says that investors should be thinking about ensuring their portfolios have an all-weather effect that can deal with unexpected events.

“Really think about hedges, we are not talking about taking the whole portfolio and putting it under the mattress, but thinking about some 5, 10, 15 per cent of the portfolio might be devoted to some asset classes or themes which might flourish in these environments.”

Depending on the risk profile of the investor and the risks an investor deems most likely, this could involve a strategic allocation to cash or investing in hard assets such as gold.

“For risk that involves the breakdown of monetary systems, you will want to think about a hard asset like gold and going back to this original storehouse of value,” Hess says.

He warns against investors being overweight risk assets, saying that despite equities being attractively valued relative to bonds, the recent rally should give them pause for thought.

“There is just not necessarily all that much that looks like stark good value at the moment.”

The report recommends investors do not increase the aggregate risk level of their portfolios and instead take a neutral stance while looking for attractive relative valuations.

Investors who chose to look for opportunities in the short term through dynamic asset allocation should focus on assets with ‘high yields, good balance sheets and little exposure to European event risk’.

In dealing with fixed income and sovereign risk, Hess says the consultant has been working with asset managers to construct fixed-income indices that are do not focus on the biggest issuers of debt but rather on a debtor’s ability to repay.