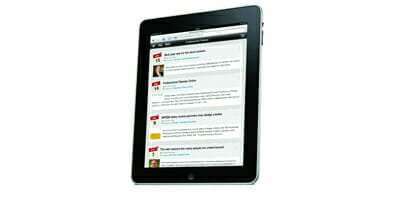 Thank you to all our readers who responded to the Top1000funds.com Audience Behaviour Survey.

The survey’s overall aim was to allow us to better tailor our portfolio of products and events to you our readers.

They are fans of apple products, with almost half owning an iPhone, closely followed by Blackberry users, and 37.3 per cent own an iPad.

More than 40 per cent of those surveyed who said they did not own a tablet plan to buy one in the next six months.

Laptops are the most commonly used portable device, followed by smartphone, Blackberry, tablet, and eReader.

When it comes to social media our readers are unlikely to be following Lady Gaga, with 35.5 per cent using social media to keep up with the news, while 27.1 per cent use it for business communication.

As part of the survey, Top1000funds.com was giving away one iPad2 to a lucky respondent.

The winner was a portfolio manager at a Dutch fund who wished to remain anonymous.