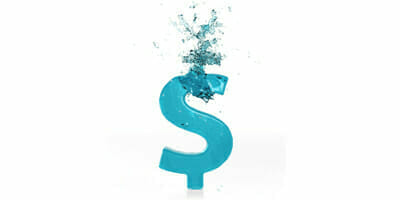 The global scarcity of water continues to make headlines, but a water-themed investment approach is only just starting to make waves with large institutional investors.

Estimates of the assets in equity funds in this niche corner of the investment world vary from about $3 billion to $6 billion in funds under management – a veritable drop in the ocean in terms of the asset management world. However, proponents of a water-investment strategy are seeing a surge in interest from large institutional investors.

Mechanical and biomedical engineer Bill Brennan is also a portfolio manager at Summit Global Management, the oldest and biggest water-focused investor in the United States.

Summit’s founder John Dickerson has been investing in the water sector for 40 years and launched a hedge fund more than 12 years ago.

The hedge fund tracks an investable universe of 405 companies involved in what it describes as “hydro commerce”.

Industry estimates put the total global investable opportunity set, across all asset classes, as somewhere between $360 billion and $700 billion.

Companies Summit invests in typically have a 30-per-cent or greater direct exposure to water and ideally generate more than half of their revenues from the water industry, according to Brennan.

He says that some long-term focused investors who previously classed water investments as part of their natural resources, commodities or infrastructure asset classes are now beginning to think of it as a discrete asset class.

“This industry has gone from being a sideline to becoming a recognisable, investable theme and really a line item with the consultants,” Brennan says.

“Before you could chuck it in resources, natural resources, commodities and for some reason it wasn’t a perfect fit. Now people are taking a look at single-line item water investing as part of the overall asset allocation.”

Brennan notes that Summit’s team is made up of water-industry veterans, not just financial analysts, because understanding the interconnectedness of the industry, as well as its unique risks, is vital to investment success.

“It is one of those things where people looked to see how the water-investing industry would evolve and they needed time to better understand the underlying nuances. It is not just financial analysis that you need, it is a grasp of the engineering, the political and regulatory landscapes.”

Summit has around $425 million in assets under management, split evenly between its water-focused equities and a water-rights fund invested in the US and Australia.

How the water funds flow

Typically, corporate pension-fund investors have been those already in the water industry, says Brennan, but this is expanding with sovereign wealth funds in particular, showing growing interest in water.

Recent headline-grabbing forays into water investing by sovereign wealth funds include the Chinese Investment Corporation snapping up more than 8.68 per cent of British water utility Thames Water, the utility that supplies water to households in London and the Thames Valley, an area of 5000 square miles. This follows a 9.9-per-cent stake bought by the Abu Dhabi Investment Authority in December.

Three of its 10 environmental-investment mandates cover water, mainly focusing on companies that develop technology and infrastructure for its treatment and distribution, often in emerging markets.

Water also forms part of Norges’ overall investment strategy and is recognised as one of its six key risks.

For water investors, the crisis in Europe has resulted in a short-term hit to portfolios but may result in long-term opportunities.

Water stocks were hit hard as the Euro crisis caused markets to tumble in late 2011. However, investors are seeing the potential for attractive opportunities as countries running austere budgets look to privatise their water utilities in the coming years.

In Europe one of the longest water-focused managers is Kleinwort Benson Investors (KBI) whose 11-year-old Water Strategy equity fund has attracted more than $600 million in assets under management.

Matt Sheldon, portfolio manager for KBI environmental strategies sees investors using the fund in a number of ways to compliment other exposures in their portfolio.

“There is no obvious bucket, there is no global asset allocation that has a slice called water,” Sheldon says. “So, it fits into a lot of different places like global equities. Think about it as mid-cap, core, global equities with an emerging-market component to that. But it also fits anywhere from infrastructure to alternatives to inflation protected to sustainability. These are the other niche slices that our clients are slotting it into.”

KBI invests solely in water equities and has other funds focused on agribusiness and renewable energies. Sheldon says that investors also look to its water fund as a potential sustainability diversifier, as it has a low correlation to its renewable energy fund.

Benson and Sheldon point to the capacity of their funds to beat the broader market over the long-term. KBI Water Strategy has beaten its benchmark MSCI World Total Return Index by an average of 4 per cent since inception. Over three and five-year periods, it has returned 22.92 per cent and 1.39 per cent, respectively, compared to its benchmark return of 20.78 per cent and -0.14 per cent over the same time periods.

Summit did not directly provide performance figures, but marketing material shows that it has achieved an average compound annual return of 9.5 per cent since inception, compared to the S&P 500 TR at 2.3 per cent and the Russell 2000 TR at 6.4 per cent.

Sheldon and Brennan acknowledge that water stocks are not immune to market downturns.

Water-industry research firm Global Water Intelligence notes that its 2011 year-end figures for its global water index showed a 5-per-cent fall in the value of water stocks.

There is a silver lining in the storm clouds of market uncertainty for Brennan and Sheldon.

Long-term valuations are attractive for water stocks, pointing to underlying fundamentals – the growing need to replace ageing infrastructure, increased water needs from industry and the push for water security by India and China – as potential drivers for growth.

“The cycle has turned from the 2008 financial-crisis weakness. We’re just to the right of the trough, but we are still years away from the peak,” Sheldon says.

Summit’s analysis shows that water-utility and industrial-stock multiples are respectively trading about 17 per cent and 18 per cent below their seven-year averages.

“Current valuations of the fund are the cheapest – on an absolute and relative basis – since inception and certainly over the last five years. The fund is about 13.5 times our next 12-month earnings and 12 times calendar year 2013,” Sheldon says.

Usually KBI splits its fund’s exposure evenly between water infrastructure, technology and utility companies but recently has tilted the portfolio to a bigger play at infrastructure companies.

For KBI it also indicates a growing confidence in what Sheldon describes as infrastructure companies focused on supplying late-cycle water-infrastructure products and services for particularly large projects.

This might involve, for example, water-pump manufacturers supplying a refinery or a water-treatment company providing specialty skills and equipment to a new power plant.

“The visibility of these kinds of projects is very good, as they are multi-billion-dollar projects that have been in planning and, from inception to completion, could take five to 10 years or even longer,” Sheldon says.

“By the time our companies are beneficiaries, there have already been a number of others – from engineering and design companies through to construction companies.”

Brennan also sees opportunities for infrastructure, not only in the need to replace ageing hardware, but also more broadly as urbanisation trends across the globe continue to gain momentum.

In the US alone, the American Society of Civil Engineers says that that in 2010 alone there was a $54-billion gap in the funding required to maintain and meet the country’s water needs. It predicts this gap will grow to $80 billion in 2020.

In emerging markets, India and China have comprehensive five-year plans around improving water security. In China this would amount to more than $128 billion in new spending.

New industries are also seen as potential drivers of growth.

The shale gas industry in the US is notoriously water hungry, and Brennan says this provides opportunities both for water companies that service these new projects and the holders of vital water rights in shale gas reserves.

Brennan says that the Summit fund focuses its water-rights business in American states where there is an established water-rights trading regime, in some cases going back more than 150 years.

These include Colorado, New Mexico and California.

It is also undertaking a long-term strategy of owning water rights in close proximity to large shale gas deposits in the Rocky Mountains around West Texas, New Mexico and Colorado.