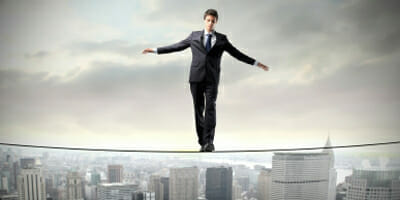 The Kay Review into UK equity markets and long-term decision-making is one of the more sensible of a raft of reviews that have evolved from the crisis. It looks at the interaction, behaviour, incentives and decision-making of all the players in the financial services “value chain”.

More than some nationalities, the Brits have been concerned with long-termism in investments over the years and the latest incarnation of that thinking is this review commissioned by the UK business secretary, Vince Cable, chaired by economist, John Kay.

Kay, who is a visiting professor of economics at the London School of Economics, has handed down the interim report in which he looks at the submissions from industry so far. The full report, with submissions still being received, is due in July.

British investors, including the Local Authorities Pension Fund and Hermes, have told the review through submissions they think that regulation and the structure of markets has increasingly moved to favour liquidity and trading activity over long-term ownership.

The genesis for the review is concerns that short-term incentives and pressures may be damaging to the way companies are owned and managed.

The review’s terms of reference, that relate specifically to institutional investors and the financial services value chain, include:

Over the years there has been some innovation from British financial service players with regard to investment time horizons.

Towers Watson has been a proponent of 10-year mandates and reports to have about 30 clients which have awarded about 50 mandates at that length.

In its February 2012 Thinking Ahead Group report, The Wrong Type of Snow, Towers Watson discusses the tension that exists between equity and bondholders from long-term funds that are obliged to invest in corporations with short-term incentive arrangements: “This tension tends to be balanced out by funds focusing on shorter term, rather than corporations adopting longer-term incentives.”

But it also points to a “class of investor” that may help to resolve this conundrum in favour of the longer-term perspective. In what is an act of “fiduciary capitalism”, the report states that universal owners are long-term asset owners who are committed to inter-generational equity and recognise the issues of sustainability in that challenge.

Many funds managers have also been vocal about the need for a change of philosophy.

One of those, Neil Woodford, head of investment for Invesco Perpetual in the UK, described to the Kay Review panel the obstacles he faces in the pursuit of a “stewardship relationship” with investee companies.

His obstacles also go some way to sum up the challenges faced by those with a long-term view, including:

The first two of these concerns, the measurement of fund management performance over short time scales and the broader industry’s obsession with quarterly reporting, were a consistent theme among respondents to the Kay Review.

The interim report states that a large majority of respondents, whether they represented companies or investors, considered that quarterly reporting and interim management statements fell into the category of useless or misleading information.

Kay has not made any recommendations and will present his final report, including recommendations for action, to the secretary of state for business in July, but the comments and proposals discussed in the report “signal areas of interest for the final report”. Could this signal the end of quarterly reporting?

The complete interim report can be accessed here