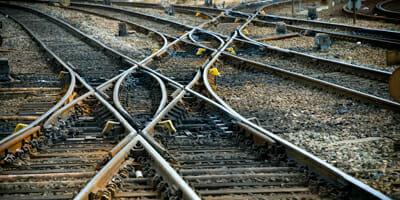 Public pension funds make up almost a quarter of the world’s 100 largest institutional investors in infrastructure and, while still favouring unlisted funds, they are increasingly investing directly and pushing back on management fees, research reveals.

The research by global alternatives research firm, Preqin, shows a record number of funds on the road seeking a record amount of capital, giving large institutional investors bargaining power to negotiate on fees and conditions.

Pension funds and other large investors are pushing hard on the typical 2 per cent management fee, according to Preqin researcher and author of the report Iain Jones.

In March 2012 there were 150 funds on the road raising money, seeking more than more than $95 billion in capital.

However, last year the total number of funds that raised capital and the aggregate capital raised are still short of the peaks of 2007 and 2008.

“Terms and fees is certainly an area that both general partners (GPs) and limited partners (LPs) are looking at, with particular push back over the 2 per cent management fees that became industry standard under the fund model, 2/20, inherited from private equity,” Jones says.

“Essentially this 2/20 fee structure could be justified by private equity fund managers due to the returns that they could expect to make. This however is not the case with infrastructure, where the underlying assets tend to be further down the risk/return spectrum.”

Jones says that investors are looking for GPs to structure funds that take advantage of the traditional characteristics of the asset class, such as inflation hedging and steady cash flows, rather than employ financial engineering, such as leverage, to obtain higher internal rates of return.

Previous information on management fees for 2010/2011-vintage funds and those funds currently fund raising shows that LPs are enjoying some success at negotiating favourable terms.

Half of these funds now charge less than a 2 per cent management fee and just 3 per cent are charging more than that.

The reduction in fees is most marked in so-called big-ticket fund commitments.

Citing the recent CalSTRS and Industry Funds Management mandate as an example, Jones says CalSTRS received concessions and in return invested $500 million with the manager.

According to Jones, GPs are also evolving the way they construct management fees, and are competing for mandates by offering staggered fees for large investors.

Changing the fund structure to better match liabilities for key parts of the investor base is another way that funds can gain an advantage over their competitors, Jones says.

The most recent Preqin study, The Top 100 Infrastructure Investors, shows these large investors are also preferring to invest in infrastructure assets in developed market economies, with energy, transportation and utilities, and waste management the most popular industries.

Direct investment on the rise

Pension funds made up 23 of the biggest 100 investors measured by their committed capital. This group of 100 investors have an aggregate of $204 billion committed to the asset class to date through a combination of unlisted and listed funds, and direct investments.

Despite slow growth, Europe and US markets are the most popular destination for infrastructure investment, with Asia proving the most attractive emerging market.

While Jones notes that many larger investors are increasingly looking to invest directly in infrastructure and thereby avoiding the higher fees of funds, the survey showed that unlisted funds still remain the primary route to market.

“As the asset class matures it is likely that a growing number of larger institutions will have the in-house capability to handle direct investments and bypass fund managers, meaning GPs must evolve and adapt in order to secure commitments from the largest investors in infrastructure,” Jones writes.

“However, for the vast majority of smaller LPs, third-party fund managers will remain the only feasible route to the infrastructure market.”

Of these 100 investors, 89 said they gained exposure to infrastructure through unlisted funds. This compared to 64 per cent who say they access the asset class through direct investment.

Jones also broke up the group into three categories, determined by how much they invested in infrastructure.

In previous reports Preqin has put the total number of infrastructure investors at 1352 globally and says the mean current allocation to the asset class is 4 per cent.

In its 2011 Infrastructure Fundraising and Deals report released in January, Preqin found that funds are typically looking to increase their allocations, with a mean target allocation of 5.3 per cent.

When it looked at the 100 largest infrastructure investors it found that investors had mean capital commitment of $92.4 billion.

Infrastructure used to be typically categorised in the alternatives or real estate bucket, but Preqin found that almost three-quarters of these large investors now operate a separate infrastructure allocation.

One investor who has looked to build a specific infrastructure allocation in recent years is large US public pension fund CalSTRS. In 2008 the fund decided to target an allocation to infrastructure of 2.5 per cent of the total portfolio.

It has since set up a small internal team that has invested with managers in order to leverage off their specialist knowledge to build the fund’s internal capacity, with a view to eventually investing directly.

Its biggest allocation is to Industry Funds Management’s open-ended fund, which manages $10 billion in infrastructure investments.