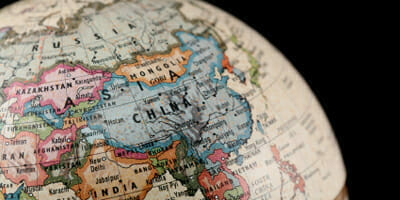 Emerging market equities in Asia and Latin America could be a bright spot in the lingering gloom hanging over global markets this year, according to BlackRock’s managing director of iShares Russ Koesterich.

While emerging markets suffered from the risk on/risk off uncertainty that mired returns in the second half of last year, Koesterich says that emerging markets are more than just a long-term thematic play for investors.

Citing the tailwinds of negative real interest rates settings in many of the world’s economies, as well as attractive valuations compared to a year ago, Koesterich says that emerging markets with less exposure to Europe could also provide attractive opportunities for investors in 2012. He predicates his advice with the proviso that Europe does not blow up, taking the world economy with it.

He advocates a focus on the resources sector (excluding natural gas), as well as companies that are leveraged to emerging market consumers.

BlackRock also sees opportunities in what it calls CASH countries, the smaller developed economies of Canada, Australia, Singapore and the Special Administrative Region of Hong Kong rather than Europe and the US.

While Koesterich is positive about emerging markets, he cautions that Europe, the Middle East and Africa (EMEA) – particularly Africa and Eastern Europe, which are more heavily exposed to European markets and banking – could pose a risk to investors.

“When you consider the valuations of the asset classes, what is reflected in prices – and while there is no shortage of risks in the world and there are plenty of things that can go wrong – right now equities represent the better opportunity,” Koesterich says.

“Obviously, there is still fixed income as a source of income and it dampens volatility in your portfolio but there is a growing view that whatever your benchmark you should be overweight equities relative to that benchmark.”

In the long run BlackRock sees that emerging markets economies and assets will “decouple” from the slower growing and debt-ridden developed world.

As this scenario plays out in the short-to-medium term, BlackRock predicts, Europe is likely to slip into recession followed by a grinding recovery in 2013, while the US and Japan muddle through.

But with many developed world economies facing the long and rocky road of fiscal and structural reforms, BlackRock also sees a long-term shift in the underlying risk profile of developed world assets changing relative to more robust emerging market assets.

“You look at the relative risk in emerging markets versus developed markets and you are seeing a convergence, where not only are emerging market stocks and bonds becoming less risky as their macro-economic picture improves, but because all of the problems in developed countries, such as excess debt, slow growth and de-leveraging, you are seeing increased risk in many developed market assets,” Koesterich says.

“So, irrespective of returns, if you have a world where, from a relative basis, the risk is dropping in emerging markets and rising in developed markets, as that risk converges it would suggest a slightly higher weight to emerging markets.”

Thinking about the big macro issues that may shape investment decisions, not just in equities, but also across asset classes is a focus of Koesterich, who is one of the founders of BlackRock’s Investment Institute.

Established in late 2010, the institute provides a forum for BlackRock staff from around the world to share ideas, as well as a conduit for BlackRock to share its latest investment insights with investors.

Since launching, the institute has held forums discussing sovereign debt and the sustainability of corporate profit margins.

The next forum will be on China and the institute is also considering a looking at the question of how the investment landscape will look if some types of sovereign debt can no longer be seen as a risk-free asset.

When it comes to China, Koesterich is part of a growing consensus that believes China will engineer a soft landing in the lead up to leadership change later this year.

“These are broad themes that, whether you are running a fixed income, equity or an emerging market portfolio, in one form or another affect us all,” he says.

“It is really a clearing house for investors in the firm to get together, exchange ideas and try to wrestle with these topics. It is also a way of providing some investment views to our clients, not with the notion that this is the BlackRock view but more here is the dialogue.”