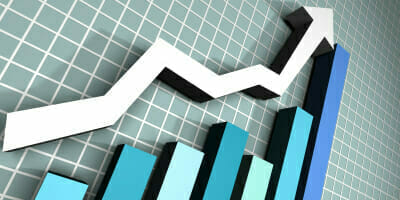 About 20 per cent of an institutional investors’ hedge fund exposure should be allocated to “divergent” strategies, according to Rob Covino, senior vice president of SSARIS, which has been managing absolute return strategies for 30 years.

SSARIS, which is a multi-strategy Connecticut-based manager majority owned by State Street Global Advisors, divides strategies into two camps: those for smooth markets; and those for volatile markets. These strategies it names “convergent” and “divergent”, respectively.

Covino believes institutional investors should position their portfolios with roughly 20 per cent of their assets in divergent strategies.

The firm describes “convergent” as anything that is forward-looking and predictive of price. These strategies have low volatility, are consistent and include strategies such as long/short and arbitrage.

“We have a simple investment philosophy: that markets are efficient most of the time,” he says.

“But divergent strategies recognise that markets are inefficient some of the time, and have a better chance to capitalise on irrational periods.”

The strategies are futures-based, including global macro strategies, and can be described as trend-following, he says.

SSARIS claims to have been a pioneer of this absolute-return investment approach that works in both benign and stressed markets as far back as 1983.

“When Mark [Rosenberg] started the firm in 1983, he was a divergent practitioner, and over time has wanted to add consistency,” Covino says.

“So blends were added to the multi-strategy funds that were driven by fundamentals. Most firms are looking to add tail risk protection, we had it from the beginning.”

Investors that allocate to “divergent” strategies need to be willing to give up some consistency, he says.

“Volatility is a bit higher, but as the trend establishes, you can make more. The strategies, such as CTAs, are agnostic to what should be happening in price.”

An example, he says, is the price of oil.

“The incredible fluctuations in price before and after the GFC were fuelled by things other than just price,” he says.

“It was a bubble, then fear, so factors other than price were the drivers.

“CTAs were the best performing strategies in the world in 2008. They were agnostic to what prices should have been, and followed the trend.”

While CTAs are not the only divergent strategy, they are universal and liquid, whereas all others have a timing element. For example, shorting sub-prime is not a strategy worth employing now, but there was a time it would have been valid, Covino says.

SSARIS has two investment centres: one for hedge-fund-of-funds, which is a balance of divergent and convergent strategies; and its direct strategies, which are mostly divergent.

In the SSARIS multi-strategy fund the risk is 50:50 between convergence and divergence strategies, which means an allocation of about 80 per cent to convergence because of the lower volatility. This risk allocation has been the same since 1986 and is unlikely to change, but through research the constituents of the split have evolved.

He has seen a shift in institutional investors’ use of hedge funds in recent years. Investors are much more aware of tail risk, but they are also allocating differently.

“Absolute return was a separate category, used as a cash replacement, alongside portable alpha and LDIs,” Covino says.