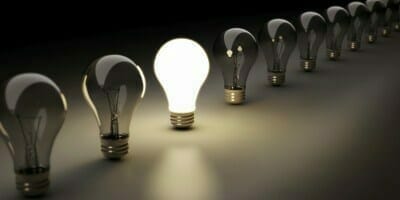 The defined contribution-dominated Australian superannuation market could do well to borrow the investment philosophy of its defined benefit cousins to better accommodate an individually-targeted retirement income strategy, a new paper finds.

A new paper by PIMCO, which among other things examines the performance difference between defined benefit and defined contribution funds in Australia and the US, concludes that “a focus on target setting of overall portfolio performance and risk outcomes through liability-driven investing leads to better performance”.

The paper quotes research from Towers Watson’s DB versus DC Plan Investment Returns report, which shows defined benefit plans outperformed defined contribution plans in the US by about 1.03 per cent per year over 14 years, and have been less volatile year-on-year.

PIMCO also conducted original research in Australia looking at defined contribution fund default options compared to defined benefit funds, which account for about 75 per cent of the market.

Sara Higgins, account manager at PIMCO in Australia and author of the paper, says the performance differential alone is impetus to examine how defined benefit investment strategies are managed and could be applied for better member outcomes.

“We are not suggesting defined benefit will be in vogue in Australia, but there could be a way to approach retirement income in a more appropriate way,” she says. “Super funds have traditionally been looking at accumulation, now there is more of a focus on decumulation and helping retirees spend. There could be a way to incorporate a liability-driven approach to include the retiree objective.”

PIMCO suggests that super funds could apply a target-date/lifecycle approach to investment management but add a dynamic asset allocation overlay to account for the precariousness of investment cycles and longevity assumptions.

“Each year the fund should look at the internal rate of return and the target that has been set and say are we close to being fully funded, or should the asset allocation change to reach the target?” Higgins says.

Most Australian funds have calculated similar risk and return objectives, resulting in reasonably uniform asset allocation of about 60 per cent in growth assets and 40 per cent in defensive assets.

While the Australian superannuation industry is the fourth largest in the world, with about $1.3 trillion in assets, due to the mandated nature of the system it is evolving. The system is ageing, which could result in investments shifting out of those growth assets.