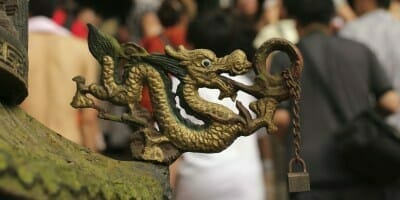 It seems all predictions for 2012 are predicated on the assumption that the mess in Europe doesn’t hit the global economic fan. But as money managers gaze into their crystal balls at what 2012 might hold, emerging markets, particularly Asia, seem a bright spot amid the gloom.

Global investors learned the hard way in 2011 that the strong long-term growth story for emerging markets does not necessarily result in strong returns in the short-term.

But for investors focused on long-term returns, many are predicting that emerging markets hold attractive opportunities for those willing to hold their nerve in 2012.

Russell Investments, while warning that investors will have to scrounge for every basis point as the low returns environment continues, are relatively optimistic on the outlook for China and emerging markets.

“China has just started to ease policy settings and it is our expectations that the China wild card will turn positive in 2012,” Gunning says in Russell’s 2012 Global Market Outlook.

“We think that China will engineer a soft landing and contribute to a modest global growth acceleration by the latter half of 2012.”

Goldman Sachs’ chief economist Jan Hatzius is another who thinks Chinese policy makers have a lot of ammunition left when it comes to stimulating growth.

Both Goldman and Russell are predicting a recession in Europe in 2012, but say that the spillover will be felt less dramatically in China.

“The strongest part of the world economy is still going to be China, which will be the strongest major economy,” he says.

“Trend growth is very high and there is a lot of room for policy makers to respond to slower growth and declining inflation by easing policy both on the monetary and fiscal side.”

Goldman holds to the consensus view that China will slow but still achieve a relatively robust 8.5 per cent growth rate in 2012, and this is also a view shared by Russell.

Hatzius notes that the key risk to this forecast is any substantial disruption in global capital flows as a result of the situation in Europe unravelling.

When it comes to Asia-ex-Japan, Russell believes that share market valuations remain attractive across the region.

It is a view shared by HSBC, and both believe the region has strong potential for outperformance if risk appetite was to come back in the second half of the year on the back of a resolution to crisis in Europe and a pick-up in global growth.

Russell says that price-to-earnings ratios for Asia ex-Japan are below 10-year averages and price-to-book value for the region is 1.6 times.

In China, equities look particularly attractive, with Russell saying forward and trailing P/E ratios are now below 10 times, compared to peaks of over 20 times in 2007.

HSBC is also positive for emerging markets beyond Asia, noting in its Outlook for 2012 Looking Past the Abyss that Russian equities marry in with their positive view on oil and other hard commodities.

“Within Eastern Europe we favour Russian equities, valuations remain low at about 4.9 times earnings against a 10-year average of about 8 times,” the report states.

HSBC is also positive about the outlook for Latin American equities, noting policy makers in the region have ample room to cut rates and are in a strong macroeconomic position.

“Latin American countries are in better shape than their developed market peers, supported by higher levels of consumer confidence and solid fiscal accounts,” the report notes.

The authors of the 2012 outlook paper note that emerging market credit has suffered as investors looked to safe havens but predict it will “materialise as an attractive asset class – both fundamentally and from a valuation perspective – and could challenge battered Western sovereigns for risk free status”.