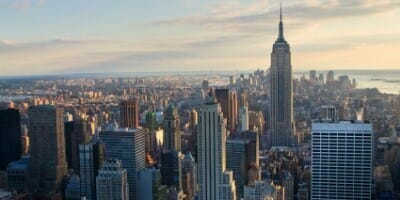 Despite institutional investors predicting that returns for property will fall over the next two years, high-quality, core US real estate remains an attractive investment opportunity, says Greg MacKinnon, the head of research at the Public Real Estate Association.

In its latest fourth-quarter Consensus Forecast, the not-for-profit research organisation says a survey of members reveals investors predict that returns will fall from the strong result this year.

Despite the downward revisions in forecasts, MacKinnon says that this does not indicate a reversal in the market.

Long-term average total returns for the US market have been in the range of 9 per cent a year.

Investors’ average five-year forecasts were in line with this average, and MacKinnon notes that the lower volatility, ongoing yields and returns compared to other asset classes still make a compelling case for property.

The average forecast of returns in 2012 for the National Council of Real Estate Investment Fiduciaries’ (NCREIF) Property Index was 7.0 per cent, which is down from the predicted total return for 2011 of 12.4.

Investors expect much of this fall in total return to come from decreasing rates of capital appreciation, with income predicted to remain stable in 2012.

“The forecast for next year are slightly below average compared to the long-term average; in large part this dip in forecast for returns has been due to the surprisingly strong returns through 2011,” MacKinnon says.

“At the beginning of this year and the end of last year people were looking for a recovery of values in 2012. Having gone through 2011 it seems that the recovery has come earlier than expected. So, in a sense the return that was expected in 2012 has come earlier.”

MacKinnon says that in early 2010 and early 2011 there has been a “flight to safety” in property, with institutional investors showing the greatest interest in high quality assets.

“Most of the research has found that the demand in 2010 and early this year was in the six major US markets comprising of New York, Washington DC, Boston, Chicago, San Francisco and Los Angeles,” he says.

“Through 2010 and spring 2011 there was enormous demand for this high-quality core property.”

While MacKinnon says that prices for top quality assets in these markets are approaching previous boom levels, the broadening out of a recovery in secondary markets in the US has stalled due to concerns about the US economy and the crisis in the Euro zone.

“Investors are putting their hands up and saying, ‘Let’s wait and see what happens in the broader economy before we go slightly up the risk spectrum’,” he says.

The most bullish outlook was for the US apartment market, with investors predicting an average total return of 14.1 per cent in 2011, dropping to 9 per cent in 2012.

“The fundamentals in apartments have been quite strong partially due to the blow-up in the single family residential housing market in the US,” MacKinnon says.

“Now we have a lot of demand and the supply is only starting to catch up, so going forward the demographics look good, as do the supply and demand issues look good, and it has a lot of fundamentals that point to this market getting its wind back,” MacKinnon says.

The greatest fall in sentiment for returns was seen in the office and retail segment of the US property market.