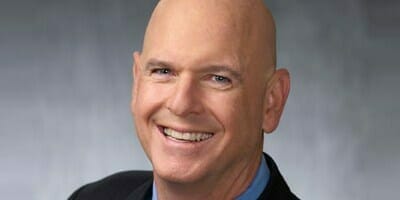 The downgrade of the US took the entire industry by surprise, in a year that confirmed the complexity and unpredictability of markets, CalSTRS chief investment officer, Christopher Ailman, says.

“The entire financial services industry was underweight US Treasuries. We were short duration and underweight sovereign debt. But it turned out it would have been the best decision to be long US debt,” he says.

“It has been a humbling year, we thought we were in a slow recovery, but that completely stalled and for much of the second half of the year we faced the prospect of a double dip.”

Ailman says his team started the year with conviction that inflation would be a key issue for 2011 and had an underweight position in fixed income and a commitment to invest in inflation-sensitive assets.

He says one of the best investment decisions he made this year was to build up the TIPS portfolio, but not because of inflation, because yields were lower.

The decision to be a bit more tactical on asset allocation also paid off for the fund, he says, with a neutral position in global equities from the middle of the year, an example.

CalSTRS’ investment team had a creative year working on a number of new initiatives and long-term projects such as the risk overlay, which it will continue to integrate into its investment process next year.

“Diversification is still the centre piece, still our main risk tool, but we need additional tools,” he says.

The fund also created an innovation group and Ailman says the expansion of the investment universe to include opportunities such as micro finance, commodities and global macro hedge funds, has been very interesting.

Ailman says “austerity” will be the key word for 2012, with countries unable to grow their way out of the crisis.

“Austerity is not good for GDP growth, we will have low GDP this year and next,” he says.

With this in mind the fund is debating its equity position, with Ailman’s preference for a neutral position, and will also look at weighting public markets differently.

Ailman says there will be pockets of opportunity in 2012 and that “next year will lend itself more to active management”.

“We have flexibility around our active/passive ranges but will be tilting our portfolio more towards active.”

The best decision for next year will be trying to buy stable cash flows, in whatever form that appears, he says.

Sharon KlyneNovember 28, 2022
Home>Uncategorised posts>The year that was, a CIO’s perspective