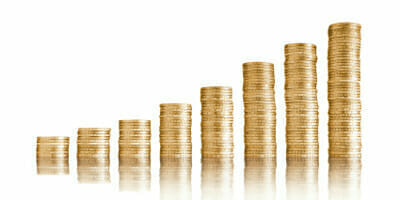 Institutional investors’ continuing commitment to alternative assets was revealed in two Preqin studies. The first research is a survey of 70 alternative asset investment consultants and the second is a paper looking at investors’ outlook for hedge funds in 2012.

More than half of investors surveyed say they will leave allocations approximately the same, and 9 per cent will decrease their allocation to hedge funds.

The public pension funds on Preqin’s database make up some 13 per cent of its total investor universe, and have a mean allocation of 6.8 per cent to hedge funds.

These funds also have a mean target allocation to hedge funds of 7.7 per cent, indicating strong flows to hedge funds from public pension funds in 2012, Preqin says.

Private sector pension funds, family offices and foundations on the database all indicated they plan to lift their allocations to hedge funds.

The consultants – who collectively advise on more than $1.5 trillion of alternative assets – say 54 per cent of their clients indicate they want to invest more capital in hedge funds in the next 12 months.

“Undaunted by poor economic conditions, hedge fund investors will continue to push hedge fund assets towards the $2.6 trillion high reached in 2007 prior to the crisis,” researchers say in their report Institutional Investor Outlook for Hedge Funds in 2012.

The vast majority of investors say they will seek to invest with new managers to some extent over the next 12 months, with just 20 per cent saying they will stick exclusively with their existing managers.

The most sought after hedge fund strategy for investors were long/short equity strategies, with 38 per cent of investors saying they plan to invest in the strategy in 2012.

This was followed by global macro (26 per cent), commodities driven strategies (15 per cent) and event driven (13 per cent).

Direct investment was also preferred to funds of hedge funds, with 79 per cent of investors on the database looking to invest in hedge funds in 2012.

The consultants surveyed indicated that their clients were showing strong interest in increasing their allocations to a range of alternative assets.

Consultants also ranked small- to mid-market buyout, distressed private equity and secondaries funds as the strategies that presented the most attractive invest opportunities.

Consultants also reported strong client interest in private equity, with 60 per cent of those surveyed saying their clients expect to either slightly or significantly increase their exposure to the asset class.

In private real estate, two-thirds of consultants say that North America represents presents good investment opportunities, and half of those surveyed say that Asia is also attractive.

Almost three-quarters of those surveyed say they plan to either slightly or significantly increase their allocation to real estate.

The majority of respondents indicate they will increase their allocation to infrastructure next year and see primary fund investments as the best opportunity followed by secondary market purchases.