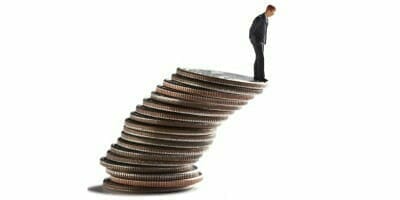 The survey reveals that funds are addressing this risk through both the asset and liability side of the balance sheet.

Almost 40 per cent of funds either already have or are very likely to increase their allocation to fixed income in the next two years as a reaction to market uncertainty.

Another 34 per cent report they are “somewhat likely” to consider increasing their fixed income allocation.

Respondents also say they are looking at other methods for de-risking, with the most popular after fixed income being dynamic de-risking strategies, where risk is lowered as funded status improves.

Almost a third of respondents say they either have started to implement this strategy or are very likely to over the next two years.

CFOs also say they are looking to redesign their plans to manage costs, with 78 per cent of respondents saying they are planning to overhaul their plan structure.

Almost half of respondents say they will close plans to new employees, followed by freezing plans for all employees (21 per cent) and terminating plans outright (13 per cent).

Mercer reported in December that plans’ funding ratios have fallen from an aggregate 81 per cent at the end of 2010. The aggregate funded ratio for plans sponsored by S&P 1500 companies as at the end of November was 78 per cent, slightly better than the 75 per cent recorded in October.

Looking back over 2011, Mercer’s analysis indicates the funded status for these S&P 1500 companies’ DB pension plans peaked at 88 per cent at the end of April, and had fallen below 70 per cent by early October, before rebounding during the past two months.

Pension funding has again been doubly squeezed, experiencing falling interest rates and equity prices for the third time in the past decade.

Mercer predicts that discount rates for typical corporate pension plans at the end of this year will be 40 basis points lower than at the end of 2010.

This will likely mean larger pension liabilities on the balance sheets of funds with a December 31 balance date, as well as higher pension expenses, Mercer’s analysis reveals.

“Plan sponsors have made some efforts to manager their pension risk exposure by making a variety of plan design and investment changes,” Barry says.

“However, their efforts may not be enough relative to their benefit obligations.”

Some of these concerns are borne out in the survey of CFOs with respondents citing a number of factors affecting their pension plan funding, risk management and investment policies.

More than two thirds of respondents say that market volatility will have the greatest effect on their company’s DB-plan decision making over the next two years, followed by low interest rates (36 per cent) and the financial impact of the DB plan on the company (30 per cent).

These concerns follow on the back of a beefing-up of the regulatory requirements that funds face.

These include higher funding requirements of the Pension Protection Act of 2006; and the introduction of mark-to-market balance sheet requirements and expanded disclosure under US and international pension accounting standards.

While respondents profess a desire to de-risk by reducing exposure to equities, Barry says that there is still a question about the capacity of funds to be able to achieve these objectives.

Barry says that on average, a typical corporate DB fund still has a roughly 60/40 equities/fixed income split and would be wary of making a big shift in asset allocation.

“The low interest rate environment does have many sponsors concerned about making a move to lower their equity exposure too quickly,” Barry says.

“This is a reason why dynamic de-risking programs have gained a lot of traction and interest, and you can do it systematically and over-time and you are not placing a big bet now on fixed income,” he says.

Barry says that it was important that funds have the governance structures in place to allow them to make investment decisions that allow funds to react to the environment at a time they feel is right.

“What we are seeing, especially with dynamic de-risking, is to see committees that are responsible for the managing the plan sign off on the investment strategy ahead of time so they don’t need to wait for their next quarterly meeting to take action,” he says.