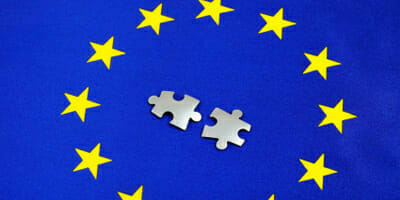 Uncertainty in global markets, and the potential for the Eurozone crisis to worsen, means investors should be focusing on capital preservation and shedding risk, says the managing director of Rogerscasey, and former CIO of the Kentucky Retirement Systems, Adam Tosh.

Tosh says that many institutional investors are still overly focused on meeting long-term return objectives, when in the short-term it may be better to accept lower returns as the cost of taking reducing risk.

“I don’t think you are really being paid to bear what, I think, is a lot of risk out there,” Tosh says.

“We have been talking to our clients about this aspect – that the winner, for the time being, is the one that loses the least. It may pay off in the long-run to give up pennies so you don’t lose dollars because it is just not an attractive situation.”

Tosh has just co-authored a paper, Greek Tragedy, Now Italian Opera: The Drama Continues, examining the sovereign debt woes of the two countries and the limited ammunition global leaders have to avert crisis.

While a low-returns environment may be bad news for funds in terms of improving their respective funding status, Tosh says to meet what are, in some cases, in excess of 8 per cent actuarial return targets could mean greater exposures to potentially calamitous risk.

“I don’t know how you generate those kinds of returns without using a lot of leverage,” he says.

Funds should be looking at liquidity and also ensuring that their asset allocation ranges have enough flexibility to allow for defensive positioning of the portfolio, Tosh says.

“So, it is very difficult to achieve that with the opportunity set that is out there.”

“I think a lot of institutions are still going around looking for where are the returns and are still thinking about how they are going to make that return so they can match that hurdle,” he says.

Institutional investors also need to think carefully about what currency their cash is held in, Tosh says.

Tosh notes that while US institutional investors had previously enjoyed the headwind of a falling US dollar, the uncertainty about the global economy could mean that also need to think carefully about what currency they hold cash in.

He says many US institutional investors have looked to reduce their home bias and catch some of the growth story in emerging markets but see returns squeezed by a rising US dollar.

While describing himself as an advocate of alternative investments, Tosh says that any shift into alternatives should be done with an eye to maintaining overall portfolio liquidity.

“I don’t think alternatives are going to solve people’s problems but it should be a tool in their tool box,” he says.