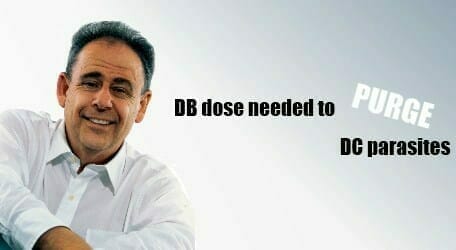 This month Australia celebrated 20 years of its compulsory superannuation guarantee system. Observing the past two decades, “entrepreneurial academic” Jack Gray has some advice for those rebooting their system, and it’s not defined contribution.

Many observers look at the defined-contribution nature of the Australian pension industry as something to emulate.

But for director, “entrepreneurial academic”, professional protagonist and some-time Maoist, Jack Gray, moving to defined contribution was a policy mistake for the otherwise robust Australian system. Not a small mistake to make.

“Making the funds defined-contribution, so leaving decisions to individuals has predictably created a massive agency eco-system (aka industry) spanning trustees, consultants, managers, internal staff, lawyers, custodians, financial planners … all extracting economic rent often through over-servicing,” Gray says. “It would be more reasonable to leave decisions about surgery to individuals because at least in that area quality can be assessed and there is a greater degree of predictability about both diagnoses and execution. Everything we know from behavioural finance exposes that mistake.”

Of course the irony that Gray has spent a great part of his career in this industry on the service-provider side of the fence, and that he now consults to funds, and is part of this eco-system, is not lost on him. Nonetheless he has an idea.

Gray believes the Australian system abandoned defined-benefit far too early and far too quickly, and further the “radical idea” of going back to defined-benefit it not out of the question.

“It just requires courage,” he says.

His idea is that the industry uses the intellect in the financial industry to design an optimal retirement system, more akin to the Dutch approach of developing a defined benefit-like system that is portable, risk-shared and still has a (modified) nominal guarantee.

“My Big Policy Idea, call it ‘the Mao/Pol Pot approach to designing an optimal retirement system’: drag all the supposedly smart over-paid financial engineers out of Wall St and ‘re-educate’ them to finally do something of social value, namely develop a modified DB scheme that avoids the problems of lack of portability, inequity, balance-sheet risk … This collective (shudder) approach is just what the US did with the Manhattan Project and what the Soviets did with their space program. A bit too radical?  Sometimes a collective approach generates far superior individual results, it certainly does with insurance and other forms of risk-sharing,” Gray says.

But Gray is supportive of the “bold decision” by politicians at the time (Bob Hawke and Paul Keating) to introduce a policy of compulsory salary-linked tax-advantaged locked-up contributions, saying it was “probably the only way to make a dent in the demographic-induced retirement problem”.

This universal superannuation was introduced by federal law in 1992 with an initial 3 per cent, incrementally increasing to 9 per cent by 2002, and the current Gillard Government is proposing an increase to 12 per cent by 2019-20.

This guarantee has quickly elevated Australia among the ranks of pension fund assets, and according to the Towers Watson Global Pension Asset Study Australia ranks fourth in terms of total assets in the system at $1.2 trillion (behind the US, Japan and the UK).

There are about 100 pension funds in Australia with more than $1 billion in assets, and according to APRA data over the past seven years shows that the average real return was 2.5 per cent.

In addition to advocating a re-look at defined-benefit funds, and the number of agents in the system, Gray also says the Australian industry needs to address the pension payout. At the moment retirees receive a lump-sum, where a pension would be a better policy decision, he says.

“We don’t even know what people do with their lump sums, so here’s another suggestion: an independent body, such as the Reserve Bank of Australia be charged with collecting data on that score. Without good data we cannot develop good policy.”

But Gray’s last note on the Australian superannuation guarantee is linguistic.

“Who the hell suggested and approved the deadening Dickensian and obfuscating name ‘superannuation’? Would anyone choose to work in ‘superannuation’ or choose to be called a ‘superannuant’ (perhaps Mick Jagger would bring a certain cachet to the appellation.) Was the self-explanatory ‘retirement savings’ perhaps seen as too clear? Did the founders not appreciate the importance of language? They did when it helped their cause as ‘guarantee’ was surely used knowing how it would be mis-represented and mis-read, especially in the then environment of ‘capital guaranteed’ funds. “