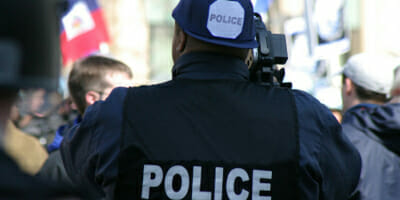 The Chicago Policemen’s Annuity and Benefit Fund is nearly 125 years old, but with a funding level of merely 35 per cent, it is perilously dehydrated. Chief investment officer Sam Kunz discusses his investment plan for the fund’s survival.

The Chicago Policemen’s Annuity and Benefit Fund has ambitiously targeted 2040 as a deadline to be to be fully funded. But with an extremely low base of funding to start from – its current 35 per cent – chief investment officer Sam Kunz concedes: “I don’t know how they are going to do it.”

Interestingly, he says there is no pressure on asset allocation to become the panacea for this apparent crisis.

“Below a certain level of funding it doesn’t matter; we need 17 per cent target return to stay flat,” he says. “Investments are not a solution. At 85 to 90 per cent funding, then investments can help, but not now.”

Instead the investment focus is on building an efficient portfolio, with benchmarks, strategies and asset allocation all focused on efficiency.

“The only thing that matters for me is to build an efficient portfolio,” Kunz says. “I’ve spent a lot of time looking at what we should do and what we can do, because of liquidity constraints, [and] looking at the optimal versus adequate portfolio.

“There is a common mistake to be too aggressive. If a fund’s value is increasing and funding is close to 100 per cent, then you should decrease risk. But the opposite is not true. Just because funding is down doesn’t mean you should increase risk.”

Instead, he says, risk increases in particular market conditions and does so independently of the funding position.

Having said that, however, the fund has made a number of asset allocation shifts in recent times, following the appointment of consultant NEPC last year.

The most dramatic change, approved in January this year, has been a considerable increase in the fund’s allocation to alternatives, moving from 9 to 23 per cent. This includes tactical and alpha strategies as well as real assets, with this bucket the focus of a current review.

There is also a separate allocation to private capital – private equity, infrastructure and real estate – which has been decreased from 18 to 14 per cent.

Kunz says the fund is currently looking for a global tactical asset allocation (GTAA) manager for an investment of up to 10 per cent of its assets.

“Our previous consultant also looked at about 5 per cent to be allocated to a global macro manager as part of our tactical strategies,” he says. “We are looking for good diversifying allocations. The new consultant says GTAA is also effective but the problem is I need a larger allocation to make it worthwhile.”

The fund also increased its allocation to hedge funds-of-funds from 2.5 per cent to 9 per cent, and has a 4 per cent allocation to commodities that also sits with the alternatives bucket.

Of the fund’s 41 per cent allocation to equities, split fairly evenly between domestic and international, the fund has a high allocation to active managers.

This is also something Kunz wants to address, looking to allocate some money passively, while appointing the active mandates to those with high tracking error.

“We have a boat load of active managers and this is something I want to address,” he says. “We will look at having more passive and then real active managers with a high tracking error. When you pay for active you want active.”

The fund, which serves more than 12,500 active members of the Chicago Police Department, has been in existence since 1887 and was codified in Illinois statutes in 1921. According to funding projections based on December 31, 2009 actuarial valuations, the fund will run out of assets during 2025.

Perhaps one of the more critical changes to be made to ensure this doesn’t happen is a fiduciary and governance review, with the board issuing a request for information for a fiduciary services consultant which will be tasked with reviewing the plan’s organisational structure, evaluating its transparency, accountability, fees, and legal issues.