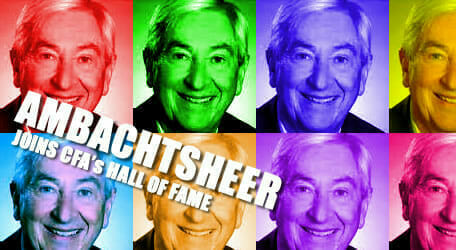 Keith Ambachtsheer has been recognised for his leadership in the pension industry, receiving the CFA Institute’s award for professional excellence, and in doing so joins an elite group of investment professionals.

Ambachtsheer – who is director of the Rotman International Centre for Pension Management at the University of Toronto’s Rotman School of Management – has also recived the CFA Institutue Financial Analyst Journal’s Graham and Dodd Scrolls award four times, and the Roger Murray Award twice.

President and chief executive of the CFA Institute, John Rogers, said: “Keith’s contributions to our industry have greatly advanced how investment professionals think about, and interact with pension funds globally.”

“His research writings and educational programs have also indirectly benefited the millions of workers whose retirement funds are invested by a pension fund. In today’s post-crisis environment, we greatly value his leadership that has protected and informed investors large and small.”