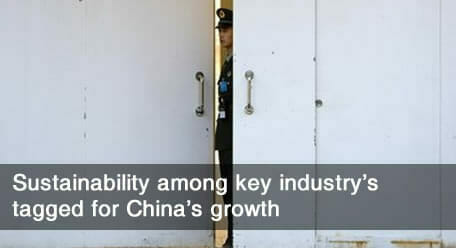 It’s not very salubrious but it’s secure. The four-star Jingxi Hotel in Beijing (pictured), which is owned by the People’s Liberation Army, hosted the annual plenum of the Communist Party’s Central Committee to draft the country’s next five-year plan.

The 12th five-year plan, nutted out by about 300 committee members, will be put to the National People’s Congress in March for ratification. The key themes in the latest plan are sustainability and reducing inequalities between provinces.

Analysts are predicting a lower GDP-growth target to be discussed between now and March, with details of the plan coinciding with a surprise 25bps point rise in the official interest rate last week – the first in China for three years.

A research note from HSBC Global Banking and Markets says more growth is likely to have to come from private consumption which has dropped from 50 per cent of total GDP to an estimated 36 per cent in the past 20 years.

Notwithstanding the stated concern for poorer provinces, the latest plan intends to speed the demographic shift to the cities, which will further boost consumption.

After the meeting, the Government confirmed a list of emerging strategic industries to be at the forefront of a “higher quality” of economic growth. They are: energy-saving and environmental protection firms, next generation IT, biotech, high-end manufacturing, new energy, new materials and composites, and clean-energy cars.

According to Shanghai Securities News, the group of industries currently make up only 3 per cent of GDP but are expected to contribute at least 15 per cent by 2020.