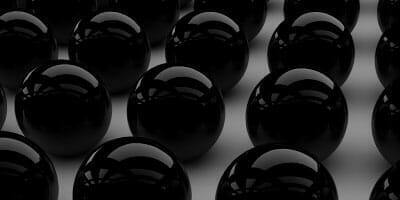 As the focus of retirees shifts ever-further towards objectives-based outcomes, those entrusted with achieving those objectives will have to rethink a traditional approach to managing money involving risk and return trade-offs.

Speaking at the Fiduciary Investors Symposium (FIS) at Harvard University, Abdallah Nauphal, chief executive and chief investment officer of Insight Investment, a BNY Mellon Company, said investors need to understand the fundamental difference between risk, as traditionally measured, and uncertainty, which cannot be measured, but which will come squarely into the picture as new solutions are developed to satisfy for retirees’ changing demand.

“The same way that the industry has shifted from peer benchmarking 60 or 70 years ago – and with peer benchmarking, by the way, the only dimension that mattered was return, because the law of survival was to beat the other guy; to moving to a strategic asset allocation type of model, which has started incorporating risk into those parameters; and then the game has changed…to deliver the income that people want in the future, we need to start incorporating uncertainty alongside risk and return in delivering solutions,” Nauphal said.

Brian Singer, head of the dynamic allocation strategies team and a partner at William Blair, told FIS that the difference between risk and uncertainty was established by the US economist Frank Knight as long ago as the 1920s. The concept could be illustrated by imagining an urn containing marbles, 40 per cent of which are red and 60 per cent are not red.

“That’s fine, and that’s what we define, [what] I think of, [what] and Frank Knight refers to as risk,” Singer said.

“Now, in that urn there are non-red marbles. I haven’t told you what they are, but now I tell you some are black and some are yellow. But I’m not going to tell you what the proportion of yellow and black marbles are.

“Now I ask you to draw a marble from the urn, and I ask you what the probability is that you will get a yellow marble. You have no way of really assessing the probability of getting one of those. It’s not 40 per cent or 60 per cent; it is unknowable.

Nauphal said the incorporation of uncertainty into the investment picture poses a significant question to investors.

“Can we starting thinking about investment in a different way that we have in the past?” he said.

“Can we forecast anything about the future?”

“Every evidence I see, every study that I know, shows you that we’re not much better than the Babylonian priest in terms of the records of forecasting the future. [the record] is roughly about random – actually slightly below random – and given overwhelming evidence of our inability to forecast, why do we still rely on them?”

Nauphal said that “academia has to share a portion of the blame for this”.

“It sounds like blasphemy saying that, in these hallowed halls of academia, but nevertheless, in their search for turning economics and finance into a hard science, people have tended to assume away the most important thing about the future, which is uncertainty,” he said.

“There are different kinds of unknown when it comes to the future. I’d rather not quote Donald Rumsfeld but Frank Knight when I talk about it – the unknowns can be divided into two things: risk, and uncertainty.

“And the question is: what is the dominant unknown of the future? Is it uncertainty, or risk? I will tell you: the longer the timeframe, the more it is the uncertainty that dominates, and not risk.

“So there is a big question here: can we start incorporating uncertainty in anything that we plan to do. That’s the real challenges facing us. There’s a lot of them, but that’s a fundamental one as far as I can tell.”

Nauphal said that if the industry cannot “start creating far better linkages between investors and the outcomes they need then “let’s at least admit that”.

“Let’s put big disclaimers and instead of pretending, just start to re-earn some of the trust that we lost to clients with products that do not deliver at all what their expectations are,” he said.

Nauphal said that funds cannot continue to perpetuate “the pretence that by mixing a couple of asset classes you can create an efficient frontier and choose a point along there that gives you a solution”.

“This is has been the way we have built a solution until now,” he said.

“There is nothing wrong with the models on the efficient frontier side, but there’s a lot of problems on the other side: how do you know what the risk/return correlation and volatility and all of this are gong to be going forward? That’s always been one of my bugbears – when people ask me what’s the long-term future look on this asset class, I have not a clue. I don’t know how others do.”

Singer said he would argue that “we’re really hitting an ‘old normal’ now, and this old normal is one that’s derived from some unique elements of demographics, regulation and geopolitics”.

“Those things cause us really to have to engage with the world in a way that’s different from what we’re used to,” he said.

“Volatility is something that happened in the past. It is the single observation of an infinite number of observations that could occur in the past. And you can calculate some volatility based on that.

“As we look to the future we think about risk and uncertainty, and they are very different things.” 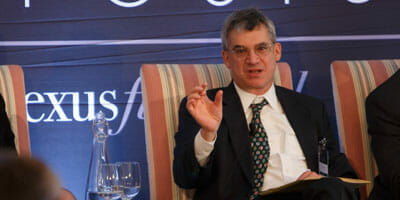